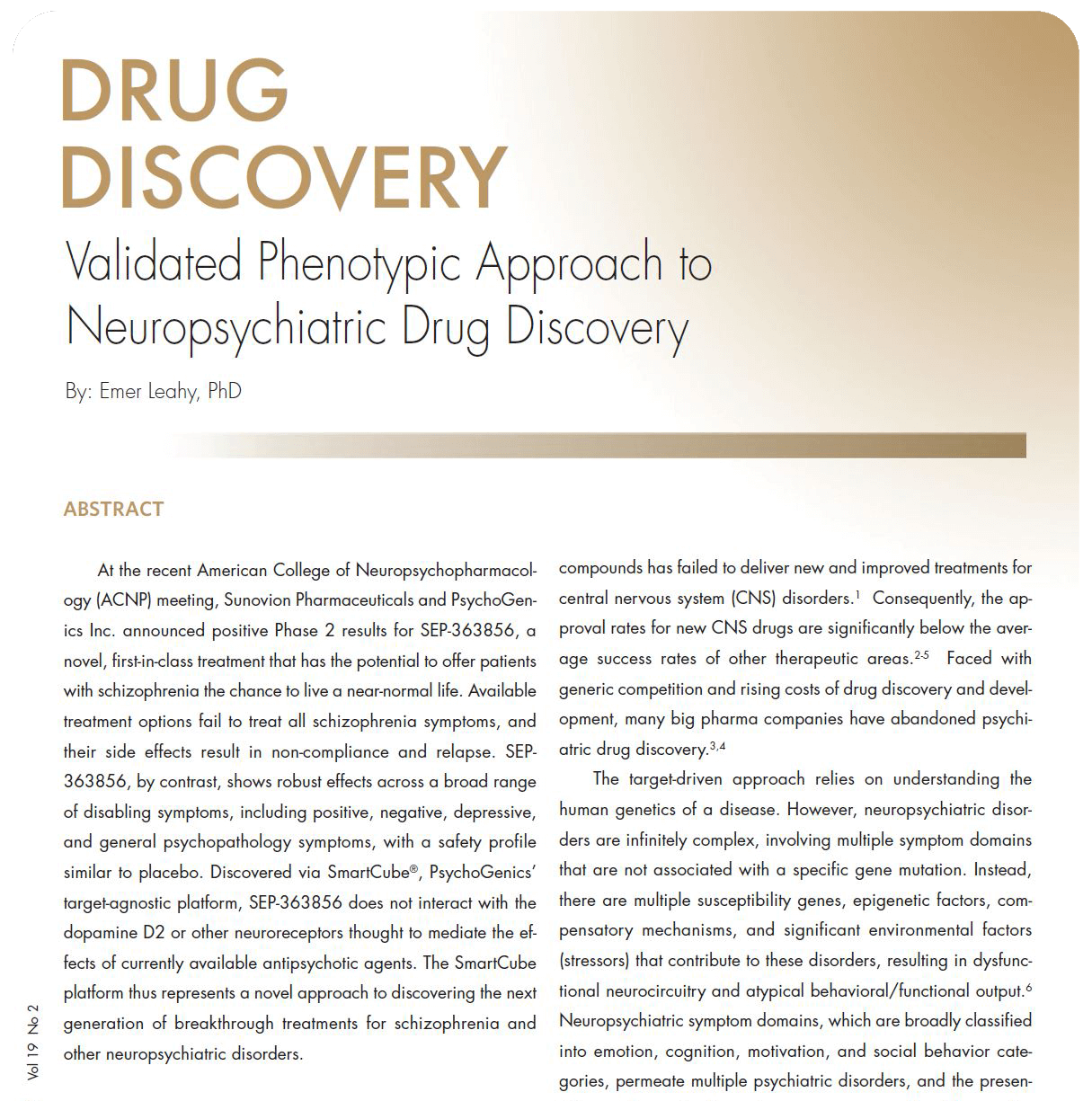 Neuropsychiatric disorders impact hundreds of millions of patients, many of whom have poor or no treatment options. Yet, despite the enormous human cost and societal burden, there have been almost no new mechanisms to treat major neuropsychiatric disorders in decades as the target-based approach of identifying highly selective targeted compounds has failed to deliver new and improved treatments for central nervous system (CNS) disorders. Instead, we rely on old drugs, some with serious side effects.

The alternative to target-driven drug discovery is a phenotypic systems approach, which can deliver treatments that work via novel, unknown, or multiple mechanisms. Phenotypic screening strategies have been more productive than target-based approaches, especially for CNS disorders where some of the most efficacious drugs, such as clozapine for schizophrenia, were discovered by serendipity (by observing how an animal’s behavior was altered in response to the drug).

PsychoGenics employs computer vision and Artificial Intelligence to extract and analyze behavioral and physiological data from mice and offers an effective approach to the discovery and development of the next generation of breakthrough treatments for CNS disorders.

Can screen tens of thousands of compounds for CNS activity and identify those with a behavioral profile that reverses a disease model phenotype or is reminiscent of drugs that treat a specific neuropsychiatric disorder.

Thousands of features are collected and proprietary bioinformatics algorithms are employed to detect subtle phenotypic differences associated with a disease model or drug effect.

Our approach to drug discovery

There are currently four proprietary platforms, SmartCube®, NeuroCube®, PhenoCube® and eCube™. Using these platforms PsychoGenics can screen tens of thousands of compounds for CNS activity and identify those with a behavioral/physiological profile that reverses a disease model phenotype or that are similar to drugs that treat a specific neuropsychiatric disorder. The company’s technologies are being applied to discover treatments for psychiatric, cognitive, neurodegenerative, and seizure disorders, and pain. 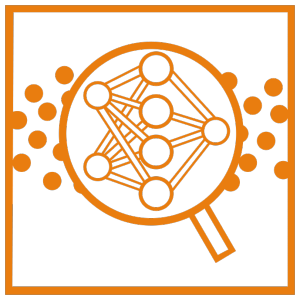 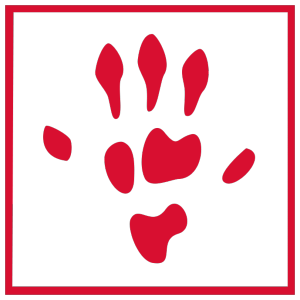 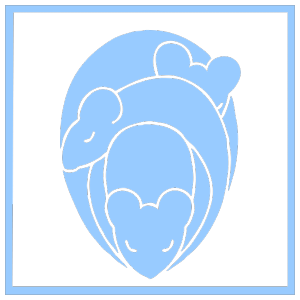 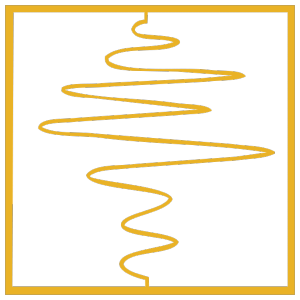 Using artificial intelligence (AI), PsychoGenics has pioneered the translation of rodent behavioral and physiological responses into robust, high throughput, high content phenotyping. Its drug discovery platforms, SmartCube®, NeuroCube®, PhenoCube® and eCube, have led to shared risk partnerships with major pharma companies such as Sunovion and Roche and resulted in the discovery of several novel compounds now in clinical trials, including SEP-363856. SEP-363856 is a novel, first-in-class drug treatment for schizophrenia being developed by Sunovion Pharmaceuticals. 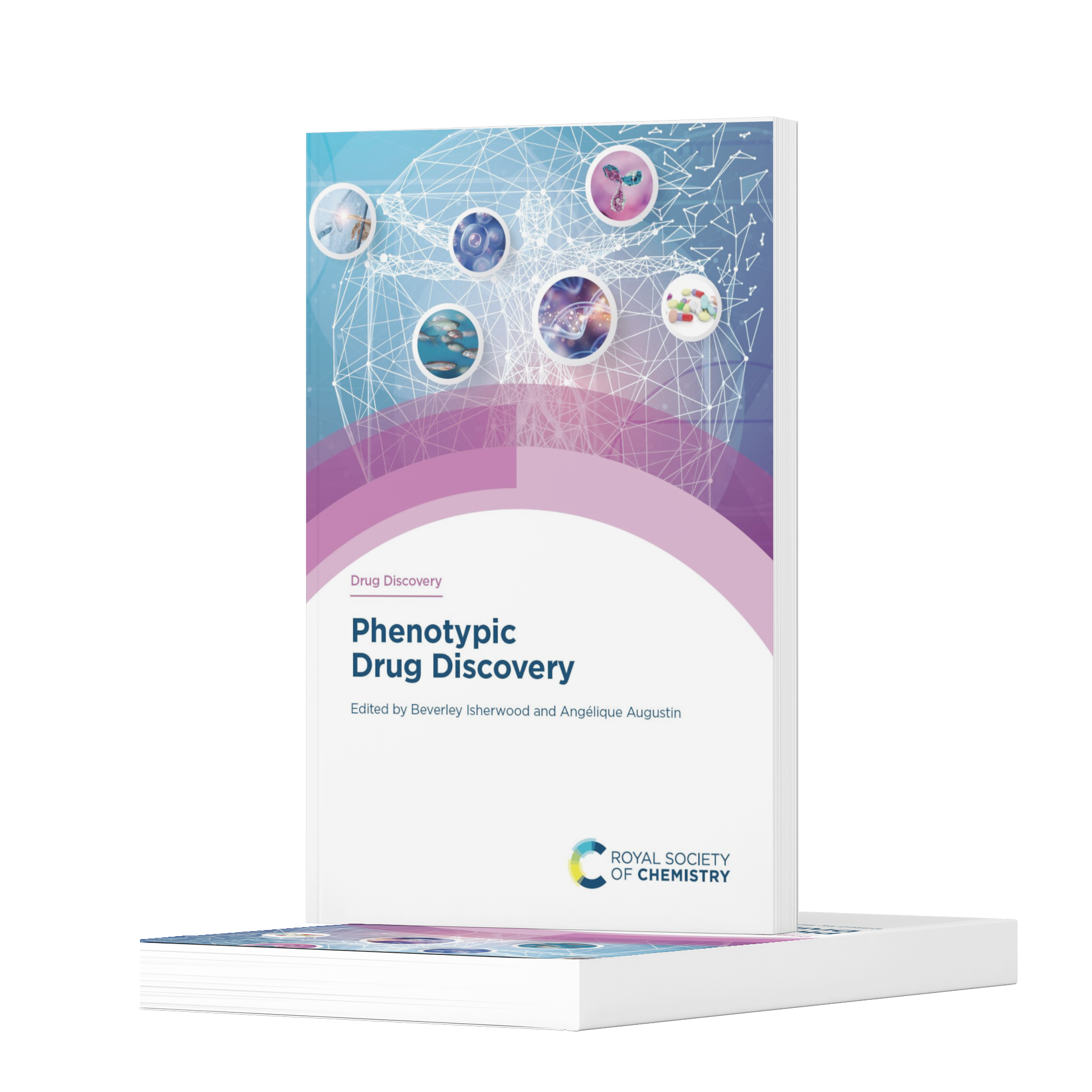