Evaluation of motor function is crucial for phenotyping of transgenic rodents as well as in assessing potential side-effects when testing investigational compounds. Many behavioral assays depend on locomotor activity and animal performance can be influenced by the changes in activity levels. Therefore it is important to know baseline effects of compounds (or genetic manipulation) on locomotion and related motor functions for proper interpretation of the results. PsychoGenics offers standard assays for evaluation of locomotor activity, muscle strength and coordination.

The open field test (OF) is used to assess locomotor activity in mice and rats, and can also be used to measure fatigue. This high-throughput test is recommended as an initial screening for evaluation of a novel phenotype or investigational compound. Each testing enclosure is configured to divide the open field area into a center and periphery zone that also allows basic assessment of anxiety associated with placement into novel environment. Animals that have higher anxiety (or lower levels of activity) tend to stay in the corners of the OF enclosures. Animals that have high levels of activity and low levels of anxiety tend to spend more time in the center of the open field. 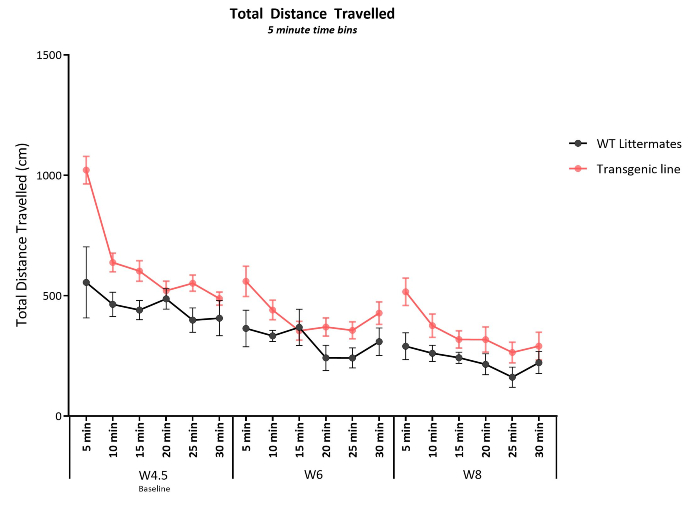 Motor coordination and exercise capacity are assessed by rotarod test. Fatigue as a result of treatment can be also assessed in this assay. Tests are performed on separate days, with multiple trials per day. Mice are placed on the rotarod and the speed is gradually and uniformly increased over a maximum period of time. The time that each mouse remains on the rotating rod before falling is recorded. 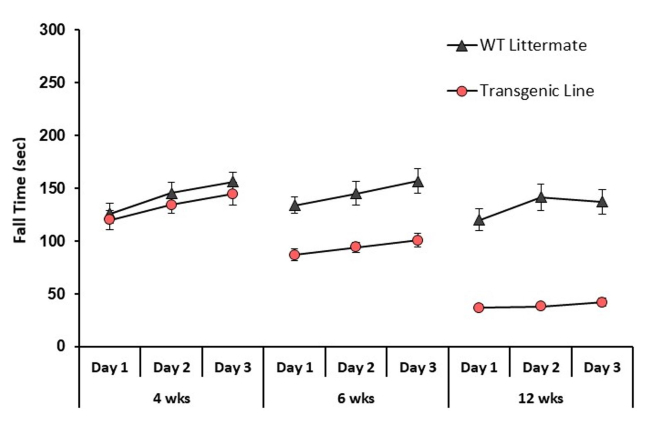 Grip strength is used to assess muscular strength in limb muscles. The animal is lowered toward the platform and gently pulled backwards with consistent force by the experimenter until it releases its grip. The grip force is recorded on the strain gauge. 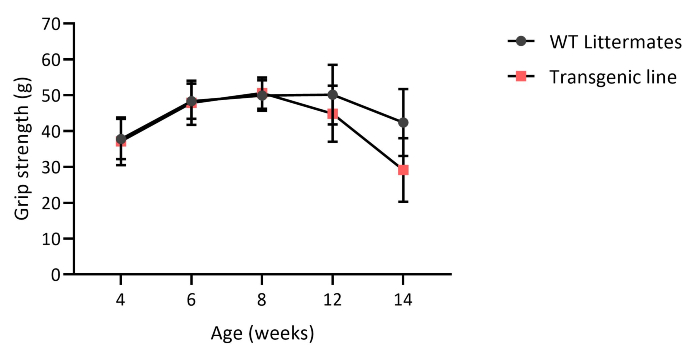 Rearing-climbing behavior is used to assess motor movement and coordination. The mouse is placed on a flat surface and a closed-top wire mesh cylinder 15 cm x 20 cm tall is placed over the mouse. The animal’s behavior is videotaped and the proportion of mice that climb and the latency to climb are measured over a 5 minute period. 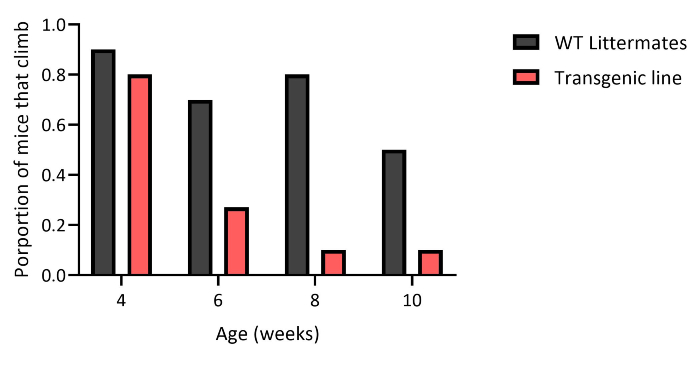 Righting Reflex is a simple assay to assess motor coordination and is widely used to screen compounds with sedative properties. To assess the righting reflex, the mouse is normally placed on its back on a flat surface or V-shaped enclosure. The time taken to right itself (up to a maximum of 30 sec) is measured. 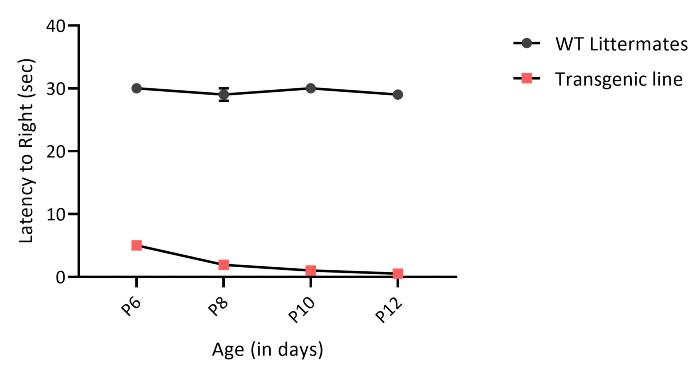 The tapered balance beam test is a behavioral assay used to assess motor coordination and balance in both rats and mice and serves as a sensitive measure of motor impairment, detecting motor deficits early and even when other measures of motor function fail to show any deficits. As the name of the test implies, the balance beam tapers in width and narrows as the animal traverses the length of the beam. In addition, the beam is elevated and is mounted at a 17o angle, thus adding an additional challenge to the experimental animal. Furthermore, the test is capable of detecting subtle differences in fine motor control as indicated by forelimb and hindlimb placement as the animal traverses the beam. 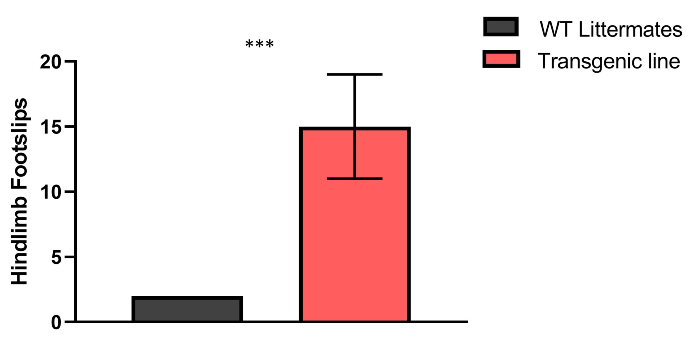 Treadmill test allow assessing mouse performance under forced exercise. The intensity of the exercise is controlled by adjusting the angle of the treadmill which can be horizontal or with a positive or negative angle, duration of the task and speed. Several protocols have been used and can be tailored as needed. Treadmill can be used to force exercise animals at regular interval or to collect endurance data like distance traveled total or at a particular speed, number of rests. 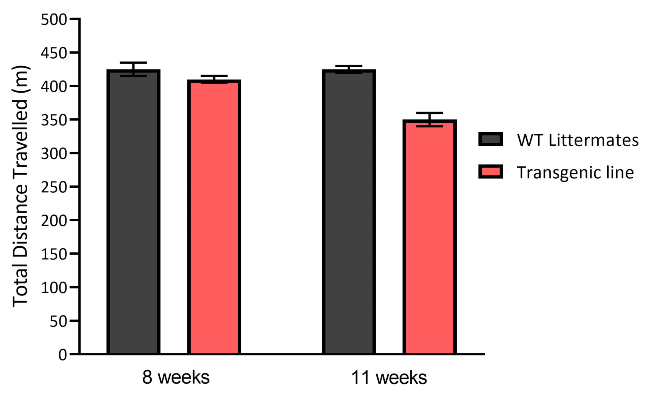 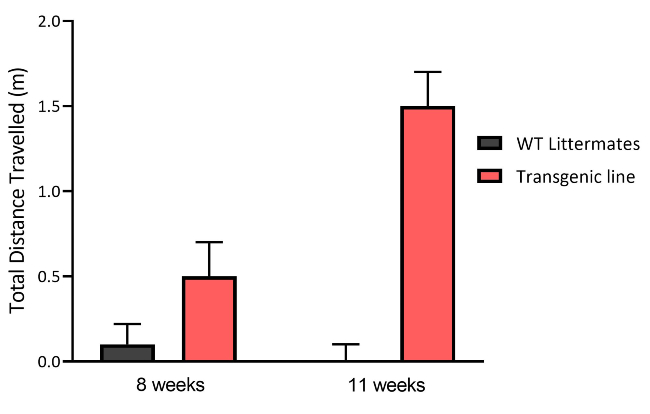