Long-term potentiation is a dynamic process that results in functional strengthening of synaptic connections lasting for hours or longer. LTP is thought to be a cellular/molecular correlate of memory and is also involved in many phenomena that are collectively termed as cognitive. Thus, LTP could be looked at as a partial mechanism of memory and cognition. Many mouse models of various neurodegenerative, neurodevelopmental, and psychiatric disease exhibit deficits in both behavioral cognitive /memory assays and LTP.

Hippocampal LTP is abolished in the presence of selective NMDA antagonist, AP5, and enhanced by the selective PDE4 inhibitor, rolipram. 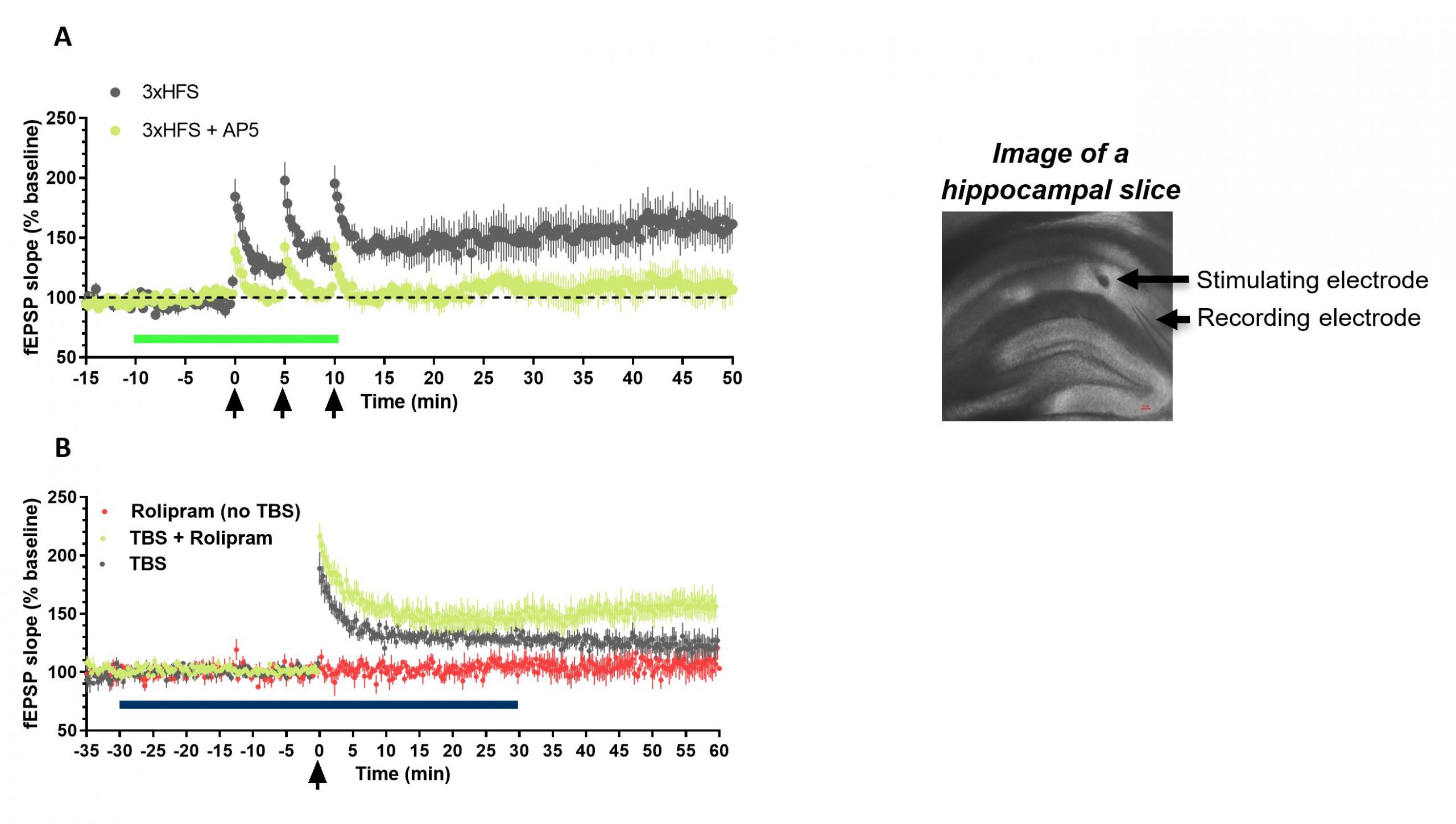 Figure 2. (Left panel) The time course of responses. fEPSP slope data presented as percent of the baseline (100%). Note that at each presentation of the LTP triggering stimulus at 0, 20, and 40 min, ketamine-treated group is consistently and significantly larger than vehicle group. (Right panel) shows summary of data from the last 5 min before each stimulus. Asterisks denote statistical significance comparing vehicle to ketamine (**p=0.0011; **** p < 0.0001).

Figure 3. (Left panel) Potentiating effect of galantamine and rolipram on LTP. Time course of changes in responses recorded in CA1 area of hippocampus induced with theta-burst stimulation. LTP was induced with theta-burst stimulation at 0 min. Responses during first 10 min of baseline (-30 to -20 min; pre-drug) were not different from responses during drug or vehicle application before the LTP induction (0 min). This suggests that neither rolipram nor galantamine influenced basal synaptic transmission. Both drugs had an equivalent potentiating effect on LTP compared to vehicle control. Averaged and normalized time course of the fEPSP slopes for each group. Error bars represent standard error of the mean of all slices in each group. (Right panel) Galantamine and rolipram increase LTP compared to vehicle. Summary bar plot corresponds to the last 5 min of data from the left panel. Data is mean ± sem. Number of slices per group are indicated in parenthesis. Asterisks denote statistical significance between vehicle and drug treatment groups (*** p=0.0002; **** p < 0.0001).

Long-term depression is a form of long-term plasticity that is important for dynamic regulation of synaptic strength and is involved in memory and cognitive processes. Many transgenic models exhibit a deficit in LTD, particularly, Fmr1, a mouse model of fragile X syndrome.
mGluR agonist (DHPG)-induced LTD is enhanced in Fmr1 mice as early as 15-21 post-natal day. This enhancement could be rescued with a 5-HT1A agonist.

mGluR agonist (DHPG)-induced LTD is enhanced in Fmr1 mice as early as 15-21 post-natal day. This enhancement could be rescued with a 5-HT1A agonist.

Figure 4. (Left panel) Time course of the changes in responses recorded in CA1 area of hippocampus induced with an application of an mGluR agonist (S)-DHPG (100μM). DHPG was applied from 0 to 5 min and the subsequent 5-HT1A agonist 8-OH-DPAT (100nM) was applied from 10 to 15 minutes. Number of slices per group is indicated in the legend. Note enhanced LTD in Fmr1 KOs (15-21 PN), which is reversed by 8-OH-DPAT. (Right panel) Summary of the data for the last 5 min of experiment. Data presented as mean and standard error of the mean. Asterisks indicate statistical significance, ****p<0.0001, ns – not significant.

mGluR agonist (DHPG)-induced LTD is enhanced in Fmr1 mice at 6 months of age.

Patch-clamp electrophysiology is a technique commonly used in ex-vivo or tissue culture preparations to control the membrane voltage of a single cell and to measure 1) trans-membrane ionic current flow, and 2) changes in membrane potential. Current flow across the neuronal membrane can occur via voltage-gated ion channels in the cell body/dendrites, or ligand-gated ion channels such as those concentrated at post-synaptic sites. With appropriate pharmacological blockers, these currents can be isolated and measured with high fidelity.